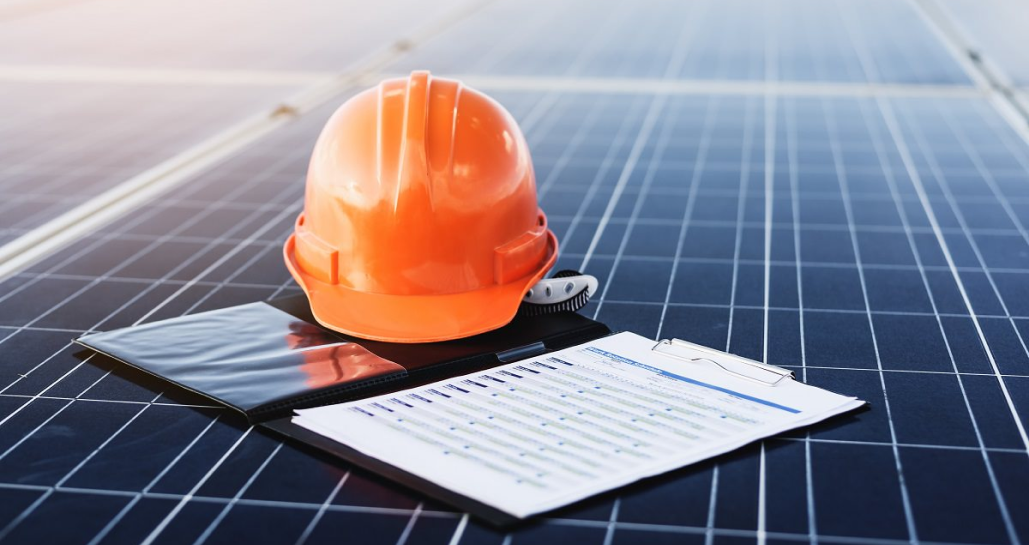 To find out how solar panels work, you need to understand how they’re made. Many solar panels use silicon, one of the planet’s most common elements. But since creating silicon crystals of suitable quality is difficult and expensive, home solar systems are usually built from similar, but less expensive materials, such as copper, indium, gallium and selenide (CIGS).1 These aren’t as efficient as high-quality silicon, but still provide adequate power at a reasonable cost.

During manufacturing, small amounts of other elements are introduced to alter the electrical properties of the silicon atoms. Strips of negative (n-type) silicon, which has an extra electron and positive (p-type) silicon that is missing one electron, are sandwiched together. The combination forms a photovoltaic cell. And when multiple photovoltaic cells are placed side by side under glass, they give us common solar panels.

Inside each solar panel is a conductive metal plate connected to wires that lead to a fused array combiner. Energy from the array is sent through an inverter, which transforms the initial direct electrical current into the alternating electrical current required to power human-made structures.

Visible sunlight is composed of invisible particles called photons. These have energy, but zero rest mass. When the photons collide with other particles their energy is converted to other forms depending on the kind of atoms they touch. Most collisions create only heat. But electricity can also be produced when the photons make electrons in the atoms so agitated that they break away and move about freely.2 The n-type silicon electrons seek out the ones in p-type silicon to replace their missing electrons and the flow between the two types produced.

The remarkable  properties of semiconductors like silicon makes it possible to sustain the electrical imbalances. This means a steady supply of electricity as long as photons hit the solar panels. The current is collected by wires and carried throughout the system.

Households should consider four major factors, during and after the installation of their residential solar systems.

1. Shade. Shaded solar panels won’t produce the same amount of energy as those in direct sunlight. 3 If your roof is sun-deprived by un-trimmable trees or building, solar may not be your best choice.

4 won’t be as productive as a sunny, summer one. But it’s important to focus on the year-round picture. For example, snow can sometimes reflect light and improve PV performance. So in reality, a cold month will only become a solar antagonist if slush covers the panels.

3. Tilt. Unlike a pinball machine, solar panels can benefit from a good tilting. The direction your home is facing, its location,5 and even your roof’s pitch, have a significant effect on how well a residential solar system works. Ideally, solar panels should be at the same angle as the latitude where they’re mounted. Pitches between 30 degrees to 45 degrees usually work well in most scenarios.

4. Azimuth. The solar azimuth angle6 is the compass direction from where the sunlight is coming. At noon, the sun’s light comes from the south in the Northern Hemisphere and from the north in the Southern Hemisphere. The  wrong azimuth angle could reduce the energy output of a solar home panel by up to 35%. An azimuth of zero (facing the equator) is usually the best choice. 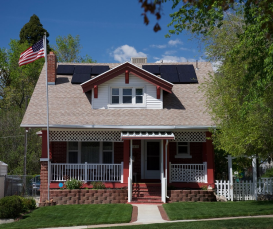 Is It Worth It?

When you have solar panels installed at your home, there are numerous rewards you can reap. These include lower electricity bills, a reduced carbon footprint, and a potentially higher home value too. 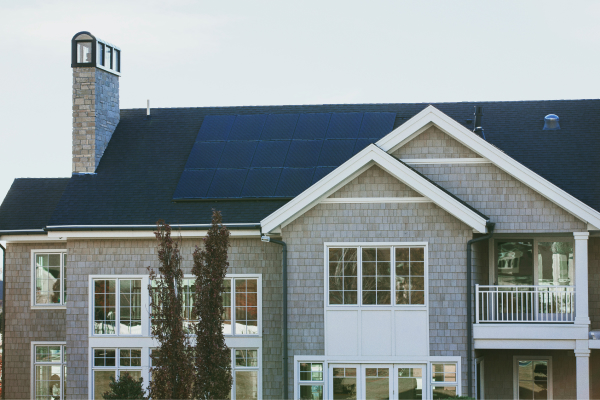 Is It A Good Fit?